Asa – The one that never comes (Nigeria/France) 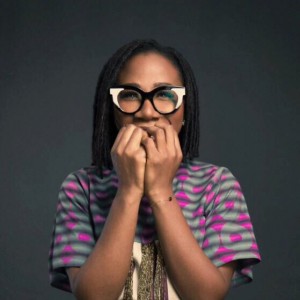 Asa doesn’t likes to respond to cliché-ish questions about poverty in her home country. As if Serge Gainsbourg ever was asked about the taste of french cheese or wine. That is the statement she starts the poetic intro to her new video „The one that never comes“. Probably Asa would rather enjoy talking about the recent collaboration she did with one of Nigeria’s fastest rising pop stars Korede Bello. His song „Somebody great“ talks about making it „from nobody to somebody; to somebody wey dey spray millions; to somebody way go save billions“ Asa adds: „just wanna be free; cos when the music feels alright; everybody feels alright; no matter what color you are“. The song was produced by the mighty Don Jazzy.

The Paris-based Singer-Songwriter took a break after her rapid success and stressful tour period of her phenomenal 2nd album „Beautiful imperfection“. On „Bed of stone“ she made the next step into a more pop oriented sound. „The one that never comes“ is a piano ballad with guitar and strings and the last song of the album, the one that can move you to tears … intimate, melancholic and still beautifully imperfect. Everything it needs to be – great pop.

Asa – The one that never comes