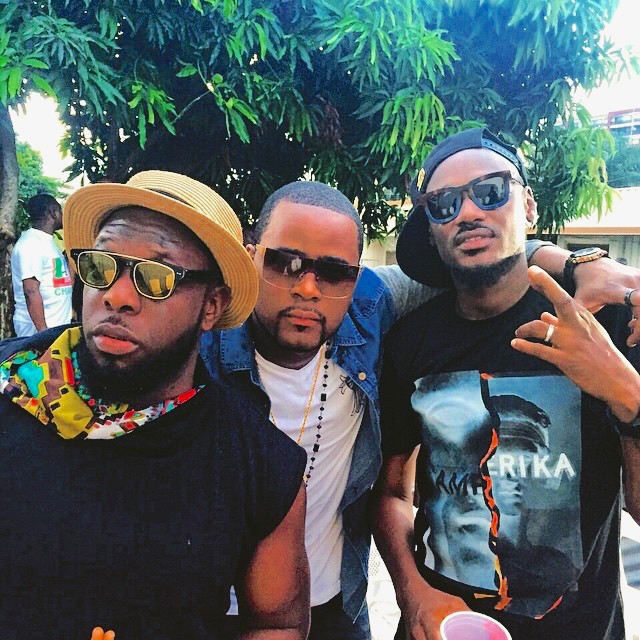 News about Timaya are trending topics on Twitter in Nigeria. After he was being accused of rape by an american women end of July, a photo of him and pop star Rihanna is overshadowing the incident. All african pop stars are dreaming of working with the female artist from the Atlantic island of Barbados. So when the photo was released nobody spoke anymore about the accusations of rape. Timaya said to the local entertainment websites, that he is not a rapist and that they had ‘consensual sex’ and that he got blackmailed afterwards. Read the full story on: http://bit.ly/1J3y3vj

Kind of bizarre though, that just his last videoclip ‘Jam it’ shows Timaya and Nigerian pop star 2Face Idibia handcuffed by police, up until their dancers come to rescue them. They block the road and tempt the policemen twerking in front of them. Finally the policemen forget about keeping law and order and join their spontaneous street jam. The song was produced by DJ Xclusive and Orbeat, who also produced the dancehall anthem ‘Sanko’ and just knows how to ‘jam it’.