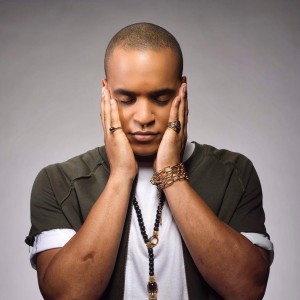 Djodje can be referred to as the Drake of Cape Verdean Zouk and Kizomba music. Whenever the star-singer puts out a new song it is only a matter of moments to reach a million views …

Djodje was born in Praia, the capital of the Cape Verdean islands in the Atlantic Ocean. Only being 10 years, he founded a boy group called “TC” together with his brother Pep, his cousin Ricky Boy and two friends. His father was the guitar-player of famous Cape Verdean pop group: „Os Tubarões“, portuguese for ‘the sharks’ and his mother comes from a family of singers herself. So the vibrant music culture of the Cape Verde was always part of his live.

Today Djodje has released four solo albums and numerous hit-singles. He runs his own production house and record label called Broda Music, under which he has released the work of various artists: https://www.youtube.com/user/brodamusic1/videos

His song “Um Segundo“ is not your typical Kizomba song, but an electronic club version of Funana, the Cape Verdean dance music featuring the islands legendary live-band Ferro Gaita. The group originates from the volcanic island Fogo and accompanies the song with the characteristic diatonic accordion and an iron bar responsible for the rhythm. The song was nominated for the song of the year 2014 at the ‚Cape Verde Music Awards‘ and was no doubt one of the hottest dance songs that year, alongside “Undi da Ki panha“ by TL Dreamz featuring DJ Djeff.

Both artists announced their withdrawal from all nominations of the ‚Cape Verde Music Awards‘ that year, as they didn’t felt the selection was reflecting what has been popular on a streets level in Cabo Verde.