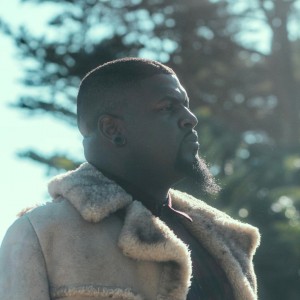 Plutonio is a HipHop heavyweight from Lisbon. On “Africa Minha” he teams up with the freedom fighter and legendary voice of Angola Bonga. It brings together the best of both generations. Plutonio, who named himself after the radioactive element, is a founding member of the afro-lusophone hiphop collective GhettoSupastars based in Lissabon. The supergroup constists of the likes of Cape Verdean rapper Katanga, Apollo G, Honat, Black X from Angola … Their african club version to rapper Honat‘s song “Manda vir +1 copo“ became a huge success last year.

Plutonio has roots in Mozambique and with his song “Africa Minha“ he want to give back to his people in Africa. It features the 74-year old Bongo, a lusophone music legend with a discography of more than 30 records. Reaching back to his years in exile when he put out his phenomenal debut record “Angola 72“, including the song “Sodade“, that later became one of Cesária Évora,  the diva of Cape Verdian morna’s most celebrated songs. Here in a beautiful duet together with Bongo.

Bonga and Plutonio met in a studio in Lissabon 2016, to lay down the hook for “Africa Minha”. The video was shot on Plutonio’s last trip to Africa and shows him in front of some of Angolas miracles of nature.