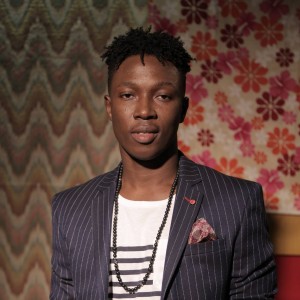 The boss of R’n’B from Guinea Soul Bang’s, known for his commitment against the outbreak of ebola is ready to release his third solo album ‘Cosmopolite’ featuring his huge hit ‘Faré Bombo M’bai’.

The singer just won the RFI 2016 award for discovery of the year for his fusion of traditional rhythms with an urban feel of R’n’B. Souleymane Bangoura started rapping at the tender age of 11 in the hiphop collective called Microméga. Watch Soul Bang’s kicking it back then on the streets in Conakry wearing a red bandana and green shirt:

In 2014 Soul Bang’s featured in the project ‘Break The Silence’, a call for the safe return of the Chibok girls by Now Musik, the label of 2face Idibia from Nigeria put together featuring 2Baba’s and his Million Voices for Peace (MVP) including Sound Sultan, Samini, K.Slim, Ferre Gola and Machel Montano.