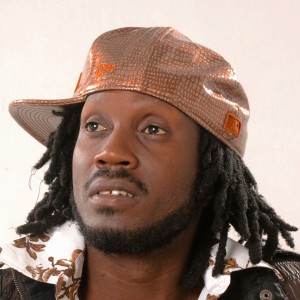 After his controversial appearance at the MTV Awards in Africa, Bebe Cool seeks solidarity of Ugandan musicians. Uganda is the Reggae island of East Africa and Bebe Cool is the scene’s ‘bad boy’ as CNN Africa called him on Twitter. They were probably referring to the endless quarrel between him and Ugandan singer Jose Chameleone.

In 2006 Bebe Cool had go to jail, when he insulted a security officer at the airport. He insulted the woman when she told him, not to sit on a chair, only for securities. He allegedly replied to her: „I can even fuck you and pay you“. When he came out of prison he went directly to the studio and recorded a song: „Prison for a reason“. In the song he ironically compares himself to Nelson Mandela: „just like Mandela fighting for equal rights and justice“.

At the MTV Africa Music Awards 2015 Bebe Cool scooped another small scandal, when he co-moderated the award for best collaboration together with South African TV presenter Boity Thulo, now officially the girlfriend of South African rapper Cassper Nyovest. Full of himself, Bebe Cool tried to be funny and convince Boity Thulo of his reggae voice. The guests were wondering what to think about his appearance.

Even thoigh Bebe Cool nominated for best video didn’t take home the award, he used the time at the awards to talk to his former arch-enemy from Uganda, singer Jose Chameleone. They even took a picture together. Chameleone posted it on Facebook and wrote: „My comrade Bebe Cool is a great witness to how every time a West African won an accolade, they all stood up in applaud unlike East Africa people. It’s a new world of Unity and Self belief!!!! Like it says ‘Charity begins at home’.”

This is also the message of Bebe Cool‘s new song ‘Byebyo’. Even if you don’t like your neighbors, be kind to them, as you can only grow together: „Many have attacked me for who I am and what I do, but I say this today, those who like and support me do so because of my music … when I came into this industry, my duty was always to lift up the flag of my country“.