Boneless Thyaka kickstarts his own little genre and tells us that you have to follow your dreams when you want to succeed in life. Everybody can become a superstar, it’s as simple as that.

Teddy Thyaka is originally a dancer and got nicknamed Boneless as he can move his body without limitation when he dances, („Bila Bones“ – without bones). His song „Supasta“ points on the ability each and everyone holds: “Supasta is all about realizing the potential within yourself, recognizing that you were born a superstar and that all you need to do is realize it. It’s up to us to discover what we can be great at and pursue the dream.” 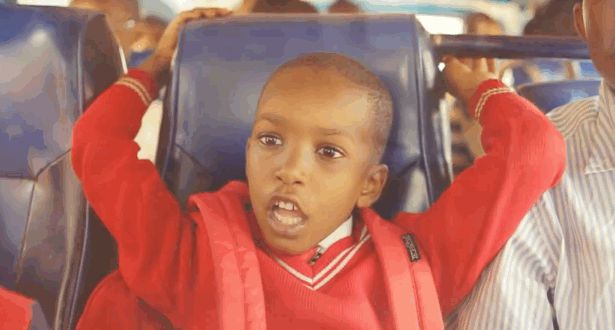 That’s why Boneless believes in his own little genre called Kamba House. Fusing the vibe of South African house music with his lyrics in Kamba dialect. With his songs ‘Supasta’ and ‘Kusunga‘ it feels as if house music always has been home in Kenya.

‘Supasta’ features singer Inami who already found her superstar and it is not the boring dude who works with her in the office, but dancer Boneless who knows that it is more important to follow ones dream, than working all day for an employer. He understands her well and her desire of joing him on the dancefloor wearing Cinderella shoes and “livin’ la vida loca”. So when he’ll be coming back from an international gig in London, she jokes: “Buy me a beach house and a new Bikini, plus Lamborghini …”.