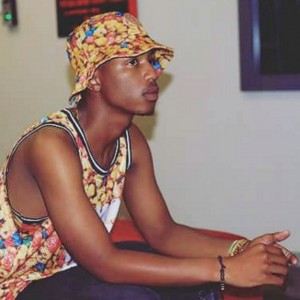 South Africa is no longer listening to local Township-grooves but follows a Hip-Hop-trend introduced by afro-american rappers in the US. ATM is, how rapper EMTee describes it, Africa’s answer to trap music from Atlanta, Georgia. The american beat formula mixes and mingles with vocals in english, french and local languages. Africa’s version of trap is becoming the new soundtrack of a growing middle-class across Africa.

In 2015 the song of the year award in South Africa went to a trap song. “Roll up” by Jo’burg’s up and coming artist EMTee Da Hustler, real name Mthembeni Ndevu, draws heavily from Atlanta based rappers like O.T Genasis or Future and not kwaito nor motswako. This sudden success gave the 23 year old rapper the opportunity to team up with African biggest Pop stars like Nigeria’s Wizkid and South African rap star AKA. Together they works on a remix version with a video that celebrate this urban African trap anthem.

Emtee refers in one verse to fellow South African rapper HHP, the mastermind of the Motswako-groove-code and his hit-song „Bozzo“ from 2014. He sings that HHP acts like a boss, but now it’s time for him to take a shovel and bury himself. Ironically HHP has recently revealed, that he has tried to commit suicide several times after heavy depressions in 2015. In April 2016 he xplained his attempts to SA media:

HHP: “Radio is starting to only play trap music and I cannot do trap music because it’s synonymous with bitches, champagne and money. That is not what black excellence is about; that is not what Steve Biko died for. I wanted to kill myself because I was not getting gigs because I am old school and realised I had to either get with the program or just fizzle out with the rest of the oldies.“

HHP got a lot of feedback, both positive and negative for speaking out openly about his suicide attempts. With this step he wants people to have more courage in talking about their depressions and suicide thoughts, in a society where talking about ones weakness is not considered a strength. After a ten days rehabilitation, HHP is now in America, focusing on marketing his unique South-African-ness to a global audience. Here he is on a song, dedicated to Flabba, a member of the pioneering South African hiphop group Skwatta Kamp, who died 2015 after being stepped in Alexandra Township.

On the 12th of May 2016 South African Broadcasting Corporation (SABC) announced that they will play 90% of local South African music on their stations. This new quota system might also benefit artists like HHP who introduced a unique urban sound from South African.