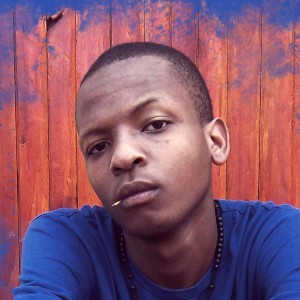 If you haven’t heard about the hiphop hype from Africa’s small but absolute monarchy check out this dude. „Ng’phumekasi“ is kasi rap: hiphop from the hood. Ghetto Villah draw a lot of inspiration from one of the Kwaito stars from South Africa: Zola, who named himself after the township in Johannesburg. In „Ng’phumekasi“ Ghetto Villah glorifies the harsh and rough life in the township. It is produced by Slim Q known to make an effort to sound uniQue. He is the producer of Ghetto Villah‘s debut album “Mr. Ghetto Swagger”. While Kasi rap from South Africa is big in Swaziland, vice versa there’s more and more swazi rap finding its way to South Africa. So when you’ll hear someone shouting Ghetto Villah’s catchphrase: “Et-chesa!”(„let’s dance“) in Johannesburg, you’ll know his music has crossed borders.