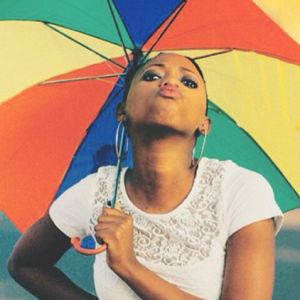 Gigi Lamayne performs a tightrope act between the ‘sexy gal’ and feminist „iron lady“. The South African rapper is not another wannabe Beyonce, she wants to prove that feminism and sexiness are no contradictions. Her long awaited album „Genesis“ is according to her the soundtrack to “what feminism freedom would really sound like”.

Gigi Lamanye was an active participant in the student protest movement #FeesMustFall that began in mid October 2015 in response to an increase in fees at South African universities. Her new mixtape „Ground zero“ is dedicated to all students that are still struggling to pay the fees. The young South African rapper that won quite a number of South African Hip Hop Awards has now graduated from university with a degree in media studies and anthropology on the same day the video has dropped. „Fees will fall” is one of her most political songs to date.