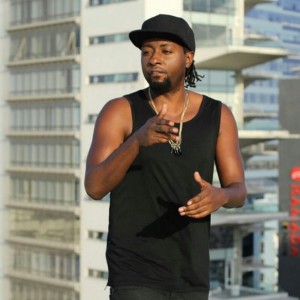 Joh Makini is part of the ‘River Camp Soldiers’ crew from Arusha. Just like Dar es Salaam, Arusha is known for its strong Swahili HipHop culture. The last couple of years have seen a raise of a new pop music in Tanzania influenced by the nouveau-riche Sharobaro hipster culture with artists like Diamond Platnumz. Joh Makini keeps it HipHop. In the video he sits comfortably on a sofa on wheels riding through Johannesburg reading newspaper. Nothing seem to bother Makini who calls himself the ‘Northern Rock’ alias ‘Mwamba wa Kaskazini’.

Joh Makini is known for his conscious rap. He doesn’t want to be associate with any beef or violence like his counterpart rapper AKA who is known for plenty confrontations with fellow South African rapper Cassper Nyovest. That’s why Makini even changed his artist name from the former, more rough Rupture to Joh Makini. In his Swahili lyrics he refers to:

„what about these beefs here and there? I have no idea about beef, chief, I am keeping chickens.“