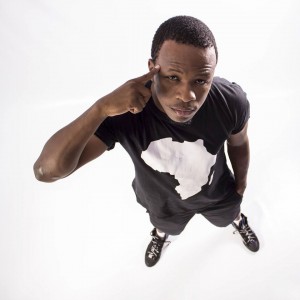 In Burkina Faso an uprising led to the step down of longtime president Blaise Compaore end of October 2014. Smarty‘s song’Le chapeau du chef’ was like a poetic prophecy not just for what has happened in Burkina Faso but for a whole new generation in Africa that is waking up with a sense for change:

„In the village the cock has stopped crowing, the holy drums have announced a tremendous thunderstorm. … While the oldest baobab trees are witnessing the news an old man with a beard got to proclaim: ‘The king has fallen ill’.“ 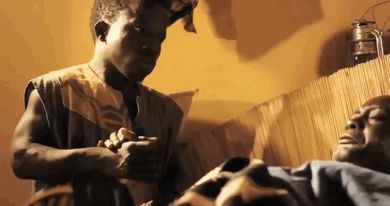 Even though Smarty wasn’t as active as his fellow rappers Smockey and Reggae singer Sams K le Jah that founded the movement „Le Balai Citoyen“ and mobilized the masses and arranged sit-ins to prevent the former president Blaise Compaoré to change the constitution to run for presidency for another period. Smarty‘s song became an emblem to the protestors. It was an early warning on how things in the country might change: „The difference between what people tell the king, they think about him and what they really think, can turn into trouble. Even though the tensions are growing, the king continues to listens to the soft melodies played by his griots musicians.“

When Blaise Compaoré finally stepped down and didn’t use his military guards to recapture the city, but was flown out of the country, it seemed he finally understood what was going on. 10 days of protest and revolt were successful. In the refrain Smarty already points towards the next challenge in Burkina Faso: Fair elections in October 2015.

„The hat of the king is thrown to the air. Right below, people butt their heads together, about who’ll be the next to wear it.“